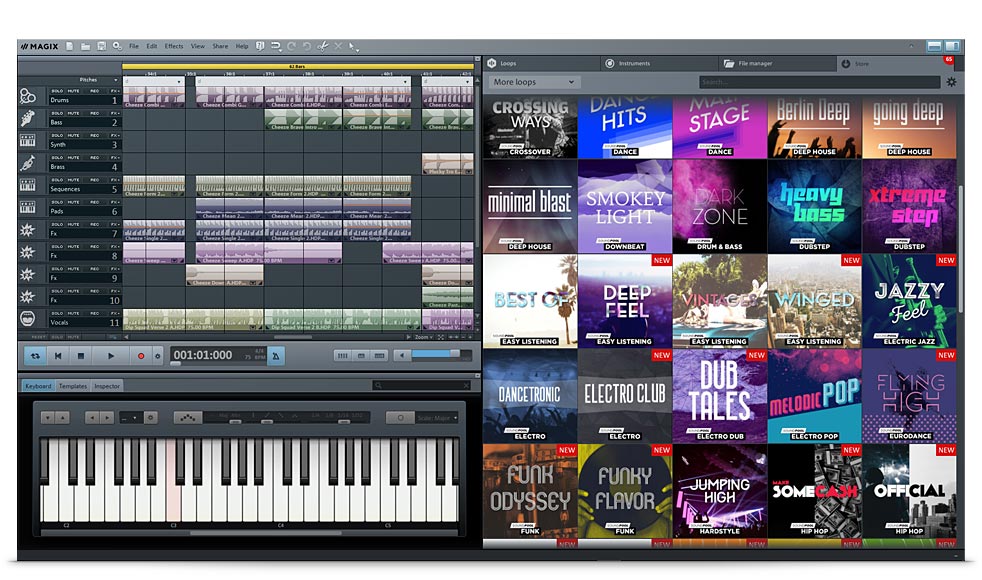 Do you want to make music, but don’t have any experience with music software? With Music Maker, you don't need to be an expert to create your own music. The simple, intuitive interface puts creativity at your fingertips thanks to its powerful features and AI support. Enjoy a wide selection of professionally-made sounds and start making chart-ready music.

Do you want to make music, but don’t have any experience with music software? With Music Maker, you don't need to be an expert to create your own music. The simple, intuitive interface puts creativity at your fingertips thanks to its powerful features and AI support. Enjoy a wide selection of professionally-made sounds and start making chart-ready music.