Follow these steps to create your own music videos:

First, you need footage that you can use to produce your music video. There are many options available for footage. Many music videos work like short films that tell a stand-alone story within the short amount of time available (usually only 4-5 minutes). Others employ complicated animations or atmospheric landscapes. Others still showcase a live performance by the musician. This last example is certainly the most common, and it's the one we'll be using in this guide. But the steps provided here can also be used to work with other types of footage if you want to use different visuals.

Start by deciding what you want to show in your video. Then, film as much footage as possible so that you'll have plenty to work with when it comes time to start editing on your computer. 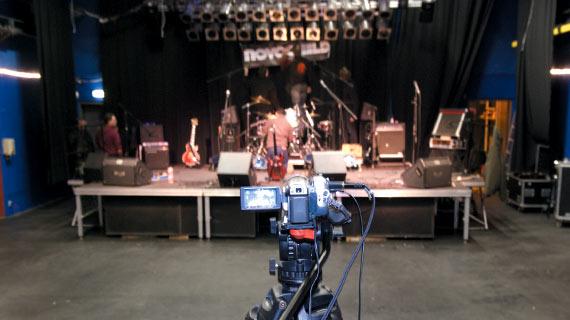 What kinds of locations to you want to use to capture your footage? Since everything else depends on the location, this is the first question you should ask yourself. Filming in an old industrial building requires a different shotlist and different equipment than filming outdoors on a summer day.

Choose a location which offers unique and interesting visuals and, ideally, one which works well with the music.

A shotlist is a list of all the shots you need for your video, i.e. a set of instructions of what to record.

You'll definitely need to shoot lots of close-ups of the musicians, e.g. the guitarist's hands moving and playing or the drummer's foot stepping down on the hi-hat pedal.

In addition to close-ups, you'll also need medium long shots which help the viewer make sense of the action in space. Using lots of different shots and angles helps give the video a dynamic feel.

You should also film footage which doesn't relate directly to the music, such as the equipment being set up, backstage shots, sound check, interviews, etc.

And be sure to also capture some mood shots which don't contain any subjects in them.

In general, you should try to film as many different things and moods as possible so that you have plenty of footage to use and combine later in Video Pro X.

When filming live performances, you should use at least two cameras: one camera on a tripod for long shots and one handheld camera in front of the stage to capture close-ups. Let both cameras run the entire time.

If you already have an audio file of the music, you won't need the audio tracks from either video camera. If you do use the audio from the video cameras, it's important that the sound is recorded in high quality. Don't use the integrated microphone on the camera; rather, use a good external microphone.

If there is a mixing board present which you can use, record the sound via the outputs on the mixing board. Talk to the mixer before the performance starts and ask for your own stereo audio track. Ideally, you want a separate mix, not the room mix.

Be sure to use headphones to make sure the sound is balanced. 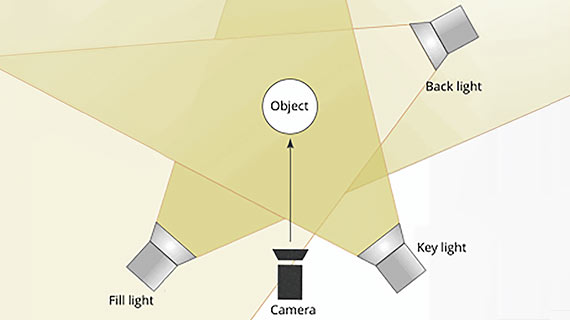 Lighting and colors play an important role in music videos. Although there are plenty of post-production options available in Video Pro X, we recommend filming in bright, evenly lit conditions.

The brightest and most affordable light source is the sun. When filming using sunlight, keep an eye on the clouds and the time of day. Your music video will look pretty odd if the first two minutes of a clip are shot around sunset, and then suddenly the midday sun is shining in all its glory for no explainable reason.

If you choose to use artificial lighting, be sure to use three light sources in combination with one another: a heavy spot light from above, indirect lighting from the front and a spotlight from behind (three-point lighting). This technique reduces the occurrence of shadows and gives the scene visual depth.

The music video itself is brought to life on your computer during post-production. If you wanted to, you could produce a perfectly good music video using readily available images and videos without ever shooting any of your own footage. If you choose to do this, be sure to use pre-produced video material which fits the music you are using. 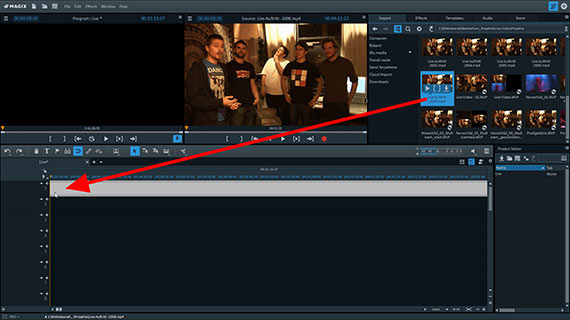 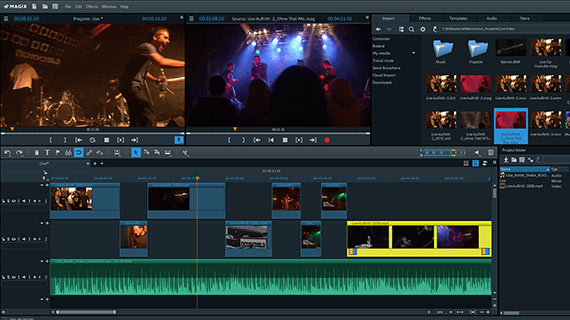 Now, cut your footage into scenes of any length. If you have any parts left over that you don't need, delete them from the project. You can move any scene to any position on its track. If the magnet button is enabled, the scenes will snap to the snap markers in the audio material so that the transitions between each scene follow the beat of the music. 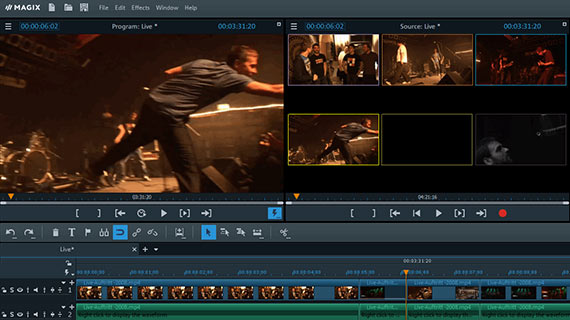 Multicam editing comes into play when you have a recording of a live performance which was filmed with multiple cameras. But it can also be used as a control console for other types of footage, too. 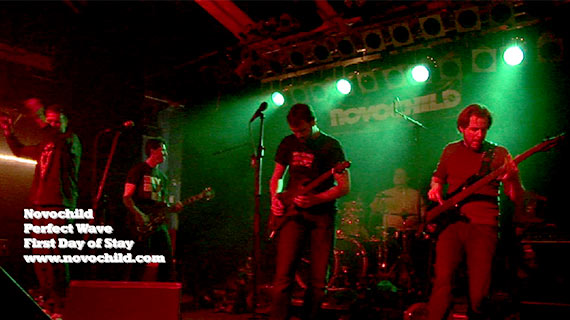 Lastly, it's time to work on the visuals in your music video. The main thing to focus on here is the coloration of your footage, but you can also apply other effects in post-editing. Music videos lend themselves well to creative experimentation.