Any camera can be used in Movie Studio to create the slow motion effect. 25 FPS video material can also be used. Intermediate frames can also be generated using a special tool to allow for smooth slow motion no matter the playback device. While this gives you the freedom to create slow-mo irrespective of the camera used or the video material, it's better if the camera can record an optimal frame rate. 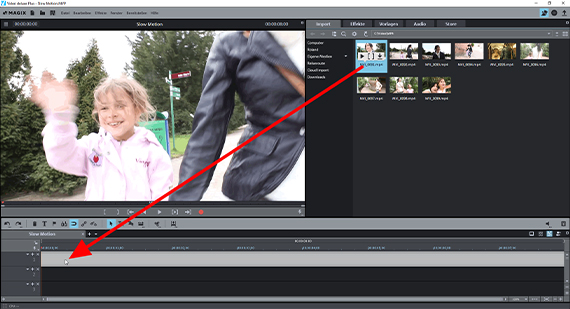 You can create a slow motion effect using a smartphone app too. The advantage of using a comprehensive video editor like Movie Studio is that it offers full control: Create and customize the slow motion effect in your film with absolute precision. Plus, you can access powerful editing functions for easily separating the scenes you want to slow down from others. Modifying your slow motion sequences after the fact is also much simpler in Movie Studio.

The first step is importing a video recording. To import your footage to Movie Studio, follow these steps: 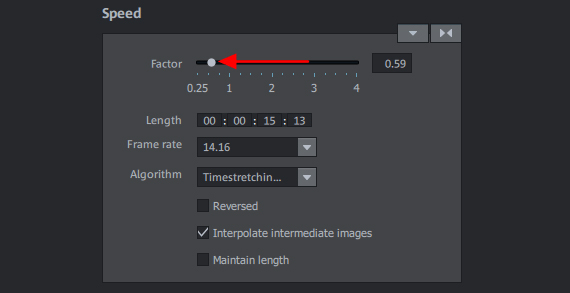 The steps outlines how to create slow motion with the video editor Movie Studio – there are two stages. 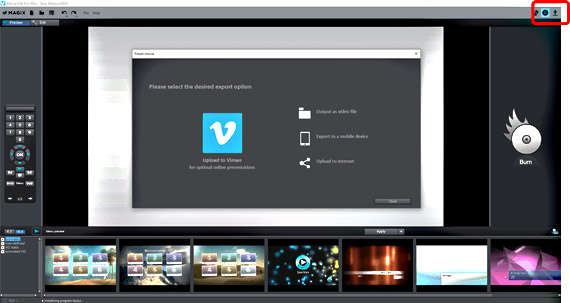 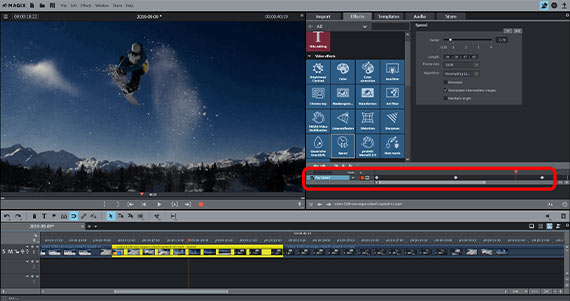 Movie Studio now offers even more options for making a slow motion video and creating other dynamic effects. Next, we'll show you how to create "speed ramps". Speed ramps are transitions in speed where the playback tempo of the video slows down or speeds up constantly, producing truly dynamic results.