Virtual tracking shots are always combined with a video zoom effect. The viewers can see a fullscreen image at all times, which creates the impression that the camera is moving. Basic zoom video editing software does not offer options for custom video zoom and pan effects. Instead, you're better off using a comprehensive video editor such as MAGIX Movie Edit Pro Plus.

A huge range of professional presets for all essential zooms and image movements are included in MAGIX Movie Edit Pro Plus and can all be effortlessly applied at the click of a button. You also have a whole lot of options for creating your own video zoom effects and virtual camera pans. Finally, export your video in any output format: In fullscreen in high resolution for FullHD or 4k monitors, or in smaller image size and reduced resolution for displaying it on a smartphone or a player window. You can also transfer the video to your smartphone or burn it to DVD. Practical presets are available for all output formats and can be used even if you're not familiar with them.

Our step-by-step guide below outlines everything you need to know about creating virtual pan and zoom and the Ken Burns effect with Movie Edit Pro Plus.

Zoom in on a video with MAGIX Movie Edit Pro Plus 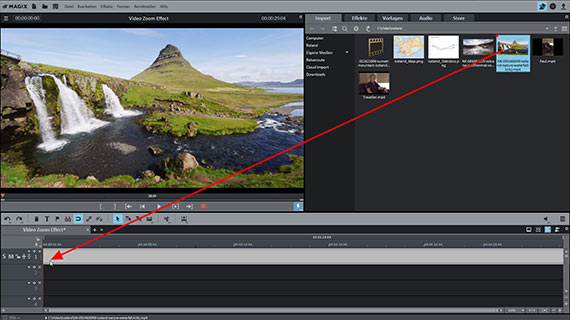 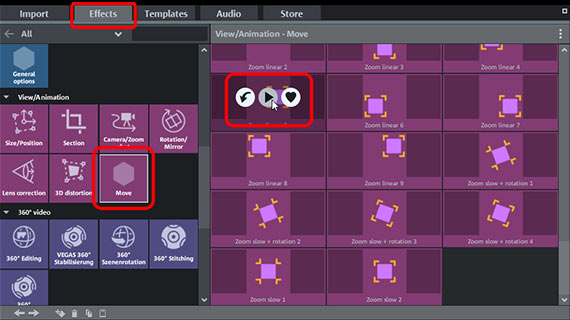 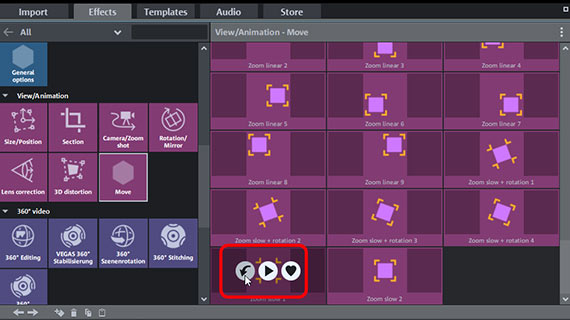 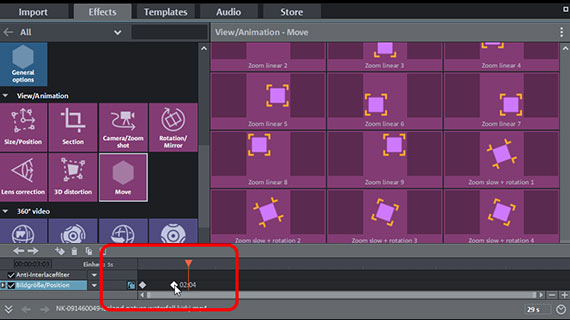 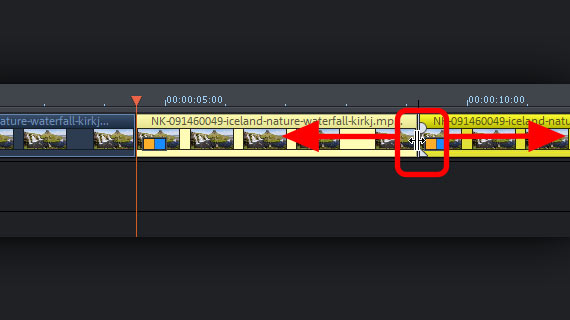 Movie Edit Pro Plus delivers a ton of pan and zoom templates that you can use right away. 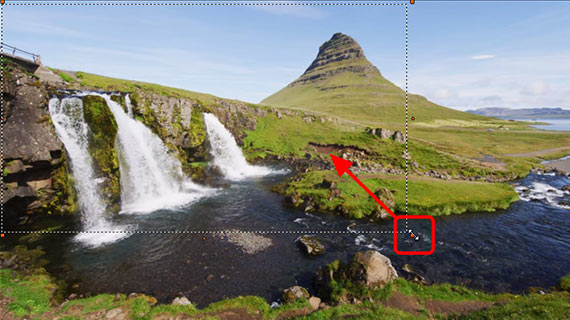 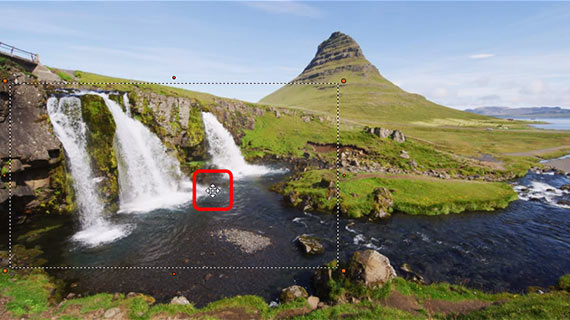 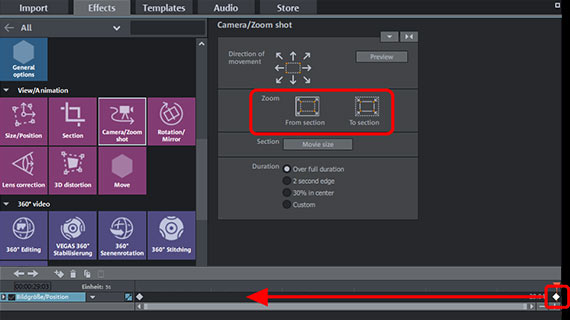 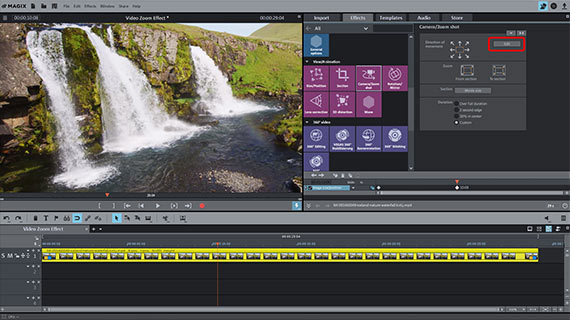 Movie Edit Pro Plus enables you to create your own pan and zoom effects. This means you don't have to depend on effect templates. You can define a section of the video to zoom in on or zoom out of. 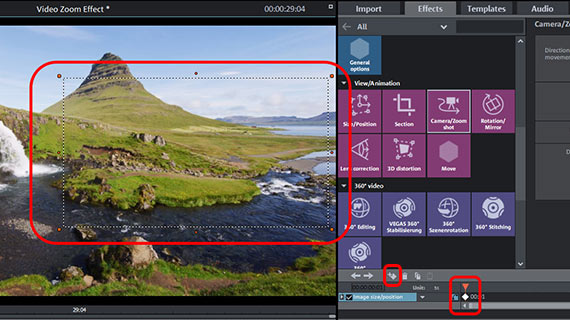 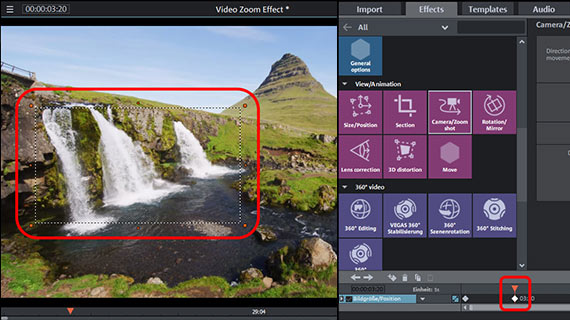 Movie Edit Pro Plus includes a virtual mixer that offers a wide range of options for professional audio editing. It essentially allows you to mix different audio tracks together and adjust their volume. So if you for instance want to combine background music with the sound of the original video recording and perhaps add a voice-over too, the audio mixer is what you need.

The effects in the audio mixer offer many options for volume and sound optimization and are another great feature in Movie Edit Pro Plus zoom video editing software. 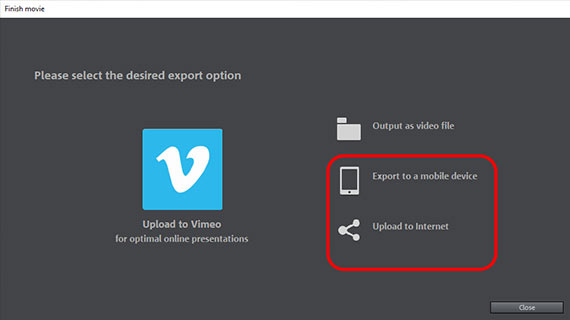 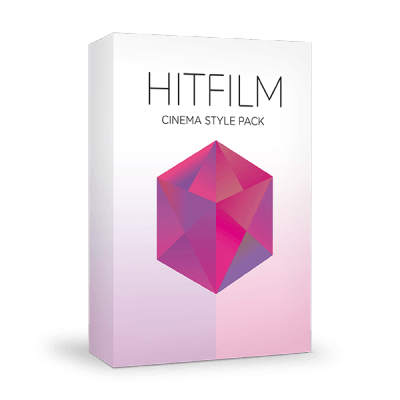 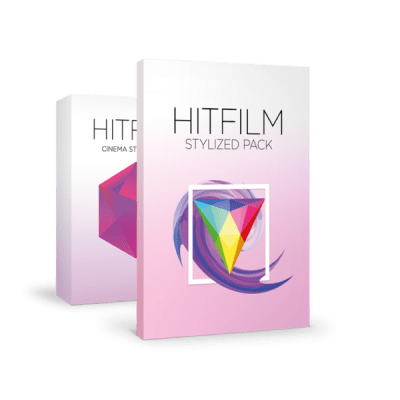