Insert text in video - here's how!

To add text to your video, follow these steps:

Adding text to video – what you need to know

Text adds a third, linguistic component to the visual and aural language of video. Text lets you add extra information about locations, people and other visual content to your videos. Text also allows you to translate your video into other languages and to add subtitles to make your video more accessible to the hearing-impaired. And for those who need to watch your video without sound, adding text makes it possible for them to read instead of listen.

Text inserts don't have to be just static rows of letters. In wedding videos, for example, a light and buoyant font is often a better choice. Text can also be animated, and hence transformed into a cinematic experience. Opening and closing credits typically use text which scrolls from bottom to top. Slight text movements grab the viewer's attention and give the text an interesting and harmonious effect.

Adding text to videos requires the right software. For simple text overlays with ready-made templates, all you need is a simple video text editor or video app. However, you will find that products such as these quite limited when it comes to making more elaborate text overlays. In this case, we recommend using a comprehensive video editing program such as MAGIX Movie Edit Pro Plus. This gives you all of the tools and design options you need to add text to your videos.

Despite its wide range of features, Movie Edit Pro Plus is easy to understand and a breeze to use. Simply choose from an extensive selection of included templates, and add your own text them. Or you can create your own text from scratch with just a few clicks.

Our step-by-step guide below will tell you everything you need to know about creating and adding text to video with Movie Edit Pro Plus. At the end, we'll give you a pro tip to show you how to animate text yourself and make your text fly through the screen on customized paths. 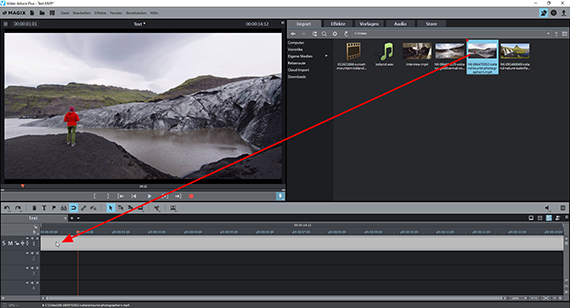 Inserting text in video: Import your video into the program

To do this, navigate to the folder containing your video in the Media Pool in the top right section of Movie Edit Pro Plus. Click the file and, while holding down the mouse button, drag and drop it into the project window.

It will appear there as a long video object. To combine multiple videos, arrange them one after the other on the uppermost track.

The red playback marker will move from left to right through the project window. The playback marker can be moved to any position by clicking the timeline above the track section. 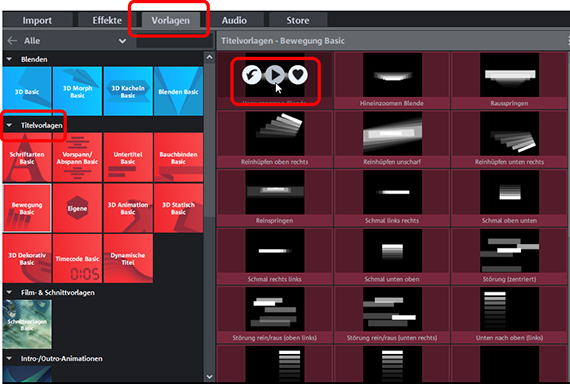 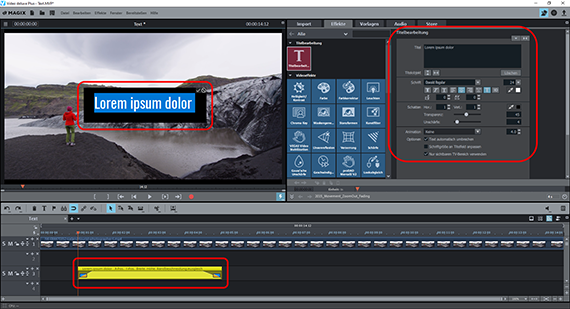 Inserting text in video: Use a text template

All of the text templates included with the program will now appear on the right side of the Media Pool.

Tip: Many additional text templates are available for purchase under the "Store" tab. These can be added directly to your video. : MAGIX Movie Edit Pro Premium contains even more options for creating cinematic text, as well as the NewBlue Titler Pro6 plug-in (a value of €256).

The text will be inserted into the video at the position of the playback marker. Alternatively, you can also drag and drop the text template onto any empty track below your video. 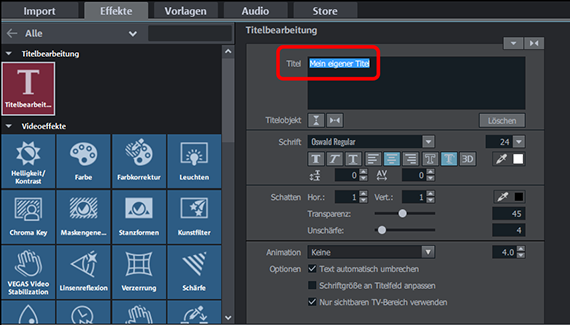 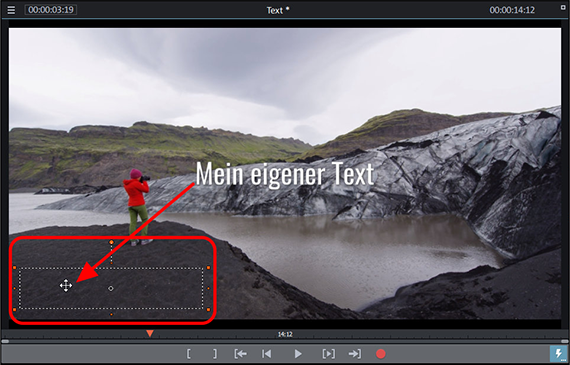 When you load a text template, a different part of the Media Pool will open. You will now see the "Title editing" dialog. This is Movie Edit Pro Plus' internal video text editor, which lets you write and format text.

You can also adjust the text template in the video text editor if it isn't entirely to your liking. The "Title editing" dialog provides all of the settings you need to change the font, font size and font color of your text, as well as text formatting options to make the text bold, italic, underscored, left-aligned, centered, right-aligned or three-dimensional.

If you want the text to appear in a different part of the screen, you can modify the position of the text directly in the preview monitor.

If the text jumps back to its original position after you move it, or if the program won't allow you to place it in certain areas of the picture, this is because of the text template's individual position settings. To disable these settings, right-click the text object in the track and select "Video effects" > "Reset video effects". All of the positional settings for the subtitle will be reset. However, the text and its formatting settings will remain unaffected. You should now be able to freely move the text around in the screen area. 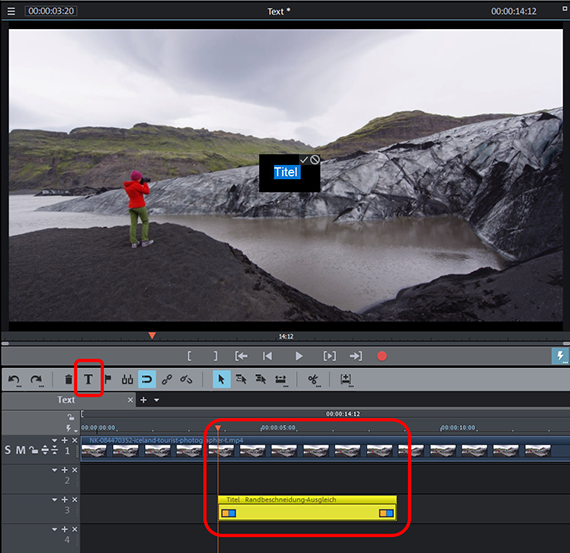 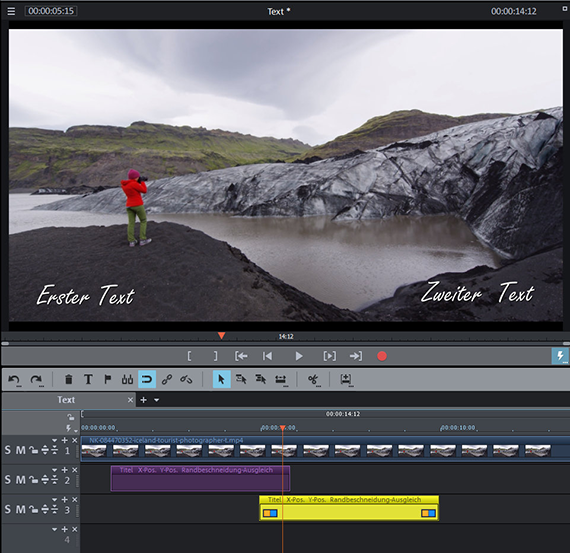 Creating your own text and adding it to the video

If you want to create and insert your own text without using a template, follow these steps:

A standard title in 12-point Arial will appear at the position of the playback marker.

To format individual letters, select the letter first and then select the settings you want to use for that letter.

Once you're happy with the text you've added, you can use it as a template for other text.

This is a quick way to insert new text with the same design in different parts of your video. 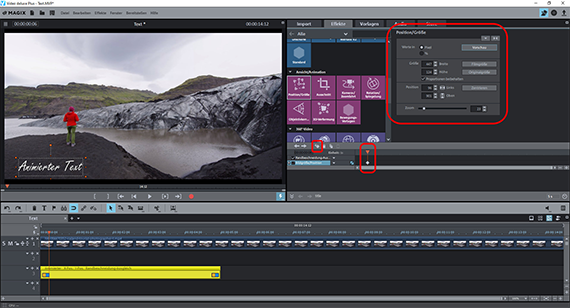 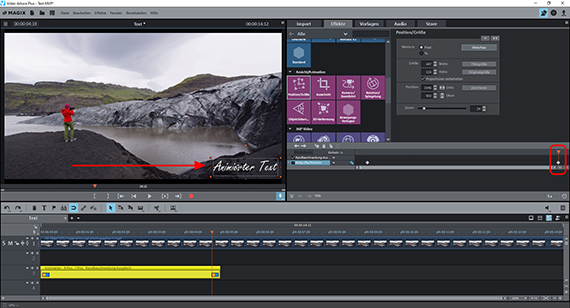 Movie Edit Pro Plus also lets you create your own text animations. You can define whatever animation path and speed you want. In the next section we'll show you how to do this.

If you play the animation now, you will see the text move from the start position to the end position.

You can add as many additional positions as you want and create any imaginable movement pattern. The idea here is to first place the playback marker further long in the video and then move the text to a new position in the preview monitor.

When the animation path is finished, you can start editing it in more detail. You can click on any keyframe and move it (or delete it) in the keyframe animation timeline at any time. You can easily modify the corresponding effect parameters in the preview monitor, or numerically in the dialog.

You can also use this method to animate letters individually and make them rain down onto the screen from above, for example. To do this, you need to create a separate text object for each letter and animate them individually. At the end of the animation, arrange the letters one after another so that together they produce the title text. 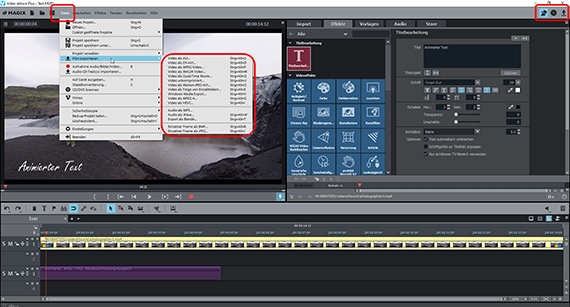 Once your text has been added and edited, you can export your video and inserted text to create a new video file. Doing this will not affect the original video. The following options are available: 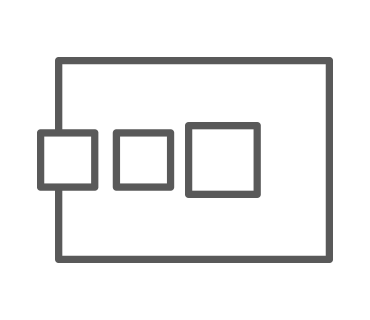 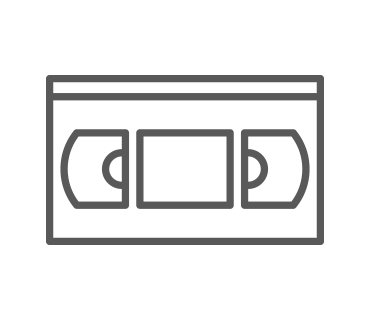 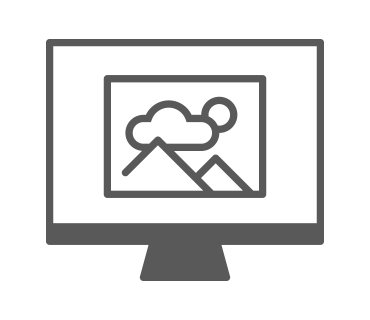